EDIT: I'm sorry I couldn't reply to all the wonderful, helpful, informative comments I've gotten from everyone here :) There's a reason why I love this community and you guys are totally it! Thank you for the suggestions, they'll absolutely help for the next time (and there WILL be a next time! I am not deterred!). In fact, I'm planning a partial (american curl kitty!) so I can wear it to the next AC, because the full suit was, like I said, a shlep. Anyway, thank you all so much, I hope this'll be added to memories because it helped ME so much with ideas for 'discomfort' in-suit :3

Hey guys! So, I wish I got to fursuit at AC more but I was in the overflow hotel and boy was it too much of a shlep to get the whole thing those long hot four blocks down. Anyway, I have a rather important question for all of you.

This was my first time fursuiting. I had a spotter, and I was at a convention. However, I was NOT prepared for some of the very, very affectionate attention I recieved while in suit.

You have to realize, I'm only 5'2", and I'm female. I'm small and a lot of people are much bigger and stronger than I am. I was not prepared for the extreme interest once someone realized I was female. >_>; I was also not prepared for strangers coming up to me and scritching or touching or petting the suit. I'm under there and I was a little claustrophobic and frightened. I don't have good vision and I had to keep backing up to see my attention givers, but they followed in order to pet me so I was sort of trapped in a narrowly visioned box. It was sort of frightening! I wasn't sure how to tell them or motion to them that A- I was hot, B- I was unnerved and C- please stop touching me politely.

My spotter asked if I was alright, and I told her that I was okay, because I wasn't really sure what she'd do either.

So here's my question. How do you politely tell someone to not touch you right now? Or how do you tell someone to back off, or back up? I know being in-suit invites attention, but there's a difference between good hugs and people who ask for such and those who sort of persistantly hound/touch without asking, and also saying really creepy sort of things to you.

It also does not help that the white soft patch of fur is on my chest, and so people go to touch or pet that and....my boobs are there, and I'm a little not-okay with that!

Any suggestions to my problems? I'd appreciate it, because otherwise suiting was very fun!

Just thought I'd drop by and show you all what I've been working on lately... :3

Also this month, I'll be completing a pair of wolfy feets and hopefully the tanuki. My fullsuit will have to wait a bit longer, sadly- I'm not getting through these commissions as fast as I thought/hoped.

Alright I know its been here before but I cant find it so forgive any "reposting." When washing a body suit, can I safely turn it inside out and use a washing machine to do such or do I have to 100% use a bath tub? I have woolite and im ready to go, also is fabric softener (downy w/ whitener) an ok thing to use? I figured I would be air drying her but I need to know how to spruce up the armpaws and my jumper before MFM. Thanks!

I promised to post a photo of the backside of my new Antelope, Rawley. (for those that wanted to see his cute white behind) Well, here it is! I'll post photos on my LJ from the premiere of the character this past weekend in Rawlins, Wyoming, later this week.

Rawley does have a rump pad, and some stomach padding. His horns are made from fun-noodles, covered in headliner fabric. They're surprisingly stiff, but flexible enough that they don't get damaged in storage. I also plan to post a how-to on how his hooves were made, for those of you interested.

I'd thought i'd post some photos of my newest cat costume.
Ok i have afew photos of the cosplay on Saturday.
I't was a good day, I was a tiger/ goth/ raver cat girl.

I like how I make my own set of ears but I want to see ear sets made by others incase I dont have the time to make my own for a certain project. If any of you may be interested in a possible comission around late january of 2007 then please post a link to some of your previous works in reguards to ears sets only preferably on a band rather then clip on style

Hey everybody :3 Here are the AC pictures of my fursuit as promised, as well as the concepts for my new partial, and some questions about fur recommendations! 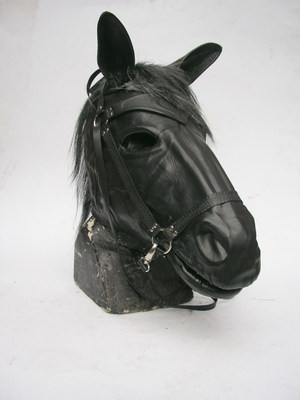 Hey, I made a post on the morality of this in my own LJ, and I decided to go ahead with it, but I had a question first.

I have a full set of antlers that I plan to use with my asian dragon suit. This suit will be mostly body paint with a couple accessories, including the antlers, a tail, ears, and maybe claws or a couple scales made of something or another.

Problem is, I'm not sure how to get the antlers to a wearable state. You see, they sort of came with the top of the skull attached... (again I posted about this in my LJ) So I can't just strap e'm onto a head band or something and fit it over my head.

So my question is, how might I make them wearable items? Is there any way to do it without sawing at the bone?
Collapse